Geoff Jones
Things are still the same. He is still in Hartwyck in Edison. Steve saw
him not too long ago. Geoff can't really talk or do much of anything. His short
term memory isbad too. He sits and when he speaks he can't say much and is hard to
understand.
He has therapy daily and I think they get him standing and maybe a little
walking. Keep praying. He has a LONG way to go. He will still be there awhile.
Posted by Dean Gavaris at 5:11 PM No comments:

Michelle took our volunteer training three years ago. She has been recovering from back surgery.

She desires to volunteer at Gateway on Thursday evenings. She now has a twisted pelvis.

Please pray for recovery and God's strength to continue in her desire to help the ministry.
Posted by Dean Gavaris at 2:27 PM No comments:

"HI,
PLEASE PRAY FOR A FRIEND'S MOTHER, MARJORIE MEARA. SHE IS VERY ILL,SUFFERING FROM CONGESTIVE HEART FAILURE AND KIDNEY FAILURE. SHE WAS SUPPOSED TO START DIALYSIS BUT THE CATHETER BECAME CLOGGED AND SHE HAD TO BE RUSHED
TO THE HOSPITAL. THANKS SO MUCH, AND GOD BLESS!
CATHY"
Posted by Dean Gavaris at 11:02 PM No comments:

Hello friends,
I�m e-mailing you to request special prayer for Steve Holck and his family. Steve took a big step of faith to launch a CBR truck operation over two years ago after he had started Aloha Pregnancy Centers. He and his family, his car business (which provided major support to the two pro-life ministries) and the ministry have been under attack severe attack for six months. Please join us in prayer for Steve & Wendy. Here are several requests to lift up to the Lord:

3) Steve and Wendy have wisdom in all that they do

4) Spiritual covering for their family, including three young grandchildren
that they are raising

Thank you for your prayers on their behalf. �The effective prayer of a righteous man can accomplish much.� James 5:16b : Lois & Gregg

Posted by Dean Gavaris at 4:55 PM No comments: 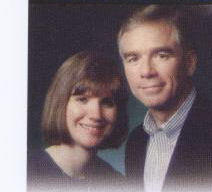 Gregg and Lois Cunningham
Posted by Dean Gavaris at 1:09 PM No comments:

Chicago, IL (LifeNews.com) -- A county judge in Chicago has ruled that the parents of a frozen embryo which was accidentally destroyed at a fertility clinic have the right to file a wrongful death suit. Legal experts say the case, which is drawing nationwide attention, could affect the debate over embryonic stem cell research, which involves the killing of human embryos to obtain their stem cells. Cook County Judge Jeffrey Lawrence said in his decision that �a pre-embryo is a �human being� ... whether or not it is implanted in its mother's womb. "Lawrence said the parents have the same right to seek compensation as any other parents whose child has been killed.

Alison Miller and Todd Parrish stored nine embryos at the Center for Human Reproduction in Chicago in January of 2000. Their physician told them that one embryo looked especially promising, but they were told six months later that the embryos had been discarded. Lawrence based his decision on Illinois� Wrongful Death Act, which permits lawsuits if unborn children are killed in an accident or assault. The law states that �The state of gestation or development of a human being� does not preclude taking legal action. The judge also relied on a state law which states that an �unborn child is a human being from the time of conception and is, therefore, a legal person.�

Lawrence wrote, �There is no doubt in the mind of the Illinois Legislature when life begins.� The couple's wrongful death claims had been rejected by previous courts, but Lawrence reversed those decisions. A lawyer representing the fertility clinic said an appeal is likely. The executive director of the American Civil Liberties Union in Chicago, Colleen Connell, told the Associated Press that the ruling could curb embryonic stem cell research. However, pro-life advocates praised Lawrence's ruling. �Life begins at fertilization, not implantation,�

Joe Scheidler of the Pro-Life Action League told the AP. Meanwhile, court rulings on the treatment of embryos have been contradictory, according to attorney John Mayoue, who specializes in in-vitro law."We are considering embryos to be property for certain purposes and life for others, and that's the incongruity," Mayoue told the AP. And there are concerns that Lawrence's opinion will be reversed on appeal. �

As an anti-abortion activist, I was pleased to see the judge's initiative," Victor Rosenblum, a professor of law at Northwestern University, told the Chicago Tribune. �But as a lawyer, I can't say that he is on solid ground in his reasoning." Rosenblum, who has argued an abortion-related case before the U.S. Supreme Court, said it's likely the decision will be overturned once the Appellate Court and the Illinois Supreme Court become involved."There is no doubt that pro-lifers believe life begins at conception. But there is no sign that the state law upholds that view," Rosenblum told the Tribune.
Posted by Dean Gavaris at 11:53 AM No comments: 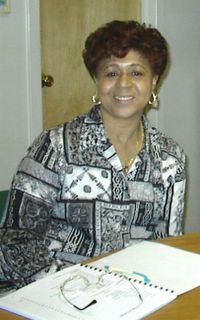 Continue to pray for Irene as she recovers from her allergic reaction.

2.Pastor Lester Wormley is at Trinitas Hospital (Elizabeth, NJ. He is pastor of St. Marks Unified Freewill Baptist Church in Newark. One of our faithful volunteers, Diannia Stembridge, attends there and they often lift us up in prayer. He is being tested to rule out a stroke. He has limited motion in his right leg. If you'd like to drop him a card, his address is:

1. Vi Brown was recently hospitalized (for one day) She is undergoing tests. Please pray for wisdom as she goes through this situation.

2. Irene Johnson was hospitalized yesterday with an allergic reaction to medication she is taking. Pray for a full recovery. She's home now.
Posted by Dean Gavaris at 2:13 PM No comments: 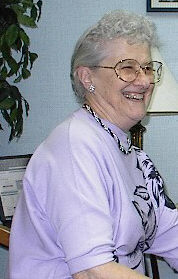 Violet Brown
Posted by Dean Gavaris at 11:11 AM No comments:

Thank you to all from Our Lady of Mount Carmel Church, Nutley, New Jersey for their graciousness and love in having a super "Baby Shower" for Gateway on Sunday, January 30, 2005. We even have a video clip!check it out!

http://www.gateway.org/content/Video/Mt St Carmel RC.AVI
Posted by Dean Gavaris at 12:28 AM No comments: