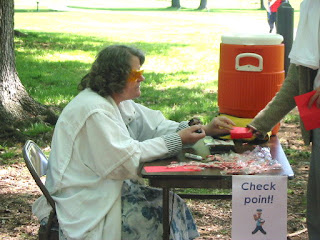 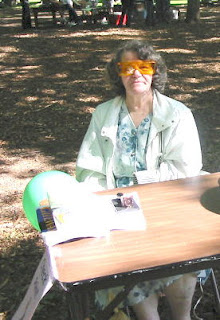 
"Pat is once again in the hospital (she has colon cancer and has been battling this for a few years now). Her doctor has told her there is not much more they can do for her.

She is bleeding and they cannot stop the bleeding. She fears greatly that she may just bleed to death.

We know greater is He that is in her . When Christ said It is Finished the battle was won.

I am asking for intercessors to pray for her that she would trust solely in the Lord to walk by faith not by sight.

She needs encouragement and hope. She feels despair right now and doesn't even believe she will ever go back home.

Your prayers are greatly appreciated. I know the Lord will bless them."
at September 22, 2007 No comments: 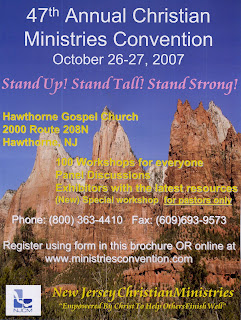 Our dear friends, Tyamba and her mom, Ingrid, were featured on
CBS News in their piece Against Their Will

Promo: Slavery still exists in the United States in the form of human trafficking.

Tracy Smith shares the story of one young woman who was forced into prostitution.

to say abortion is killing,

The state's highest court ruled today doctors should not be required to tell a woman seeking an abortion the procedure would kill a human being.

The unanimous ruling is the latest in a long-running civil lawsuit a Somerset County woman filed claiming her doctor did not give her enough information when he told her to end her six-to seven-week pregnancy because it exacerbated a kidney disorder.

A physician does have a duty to give a woman information about the medical risks of terminating a pregnancy, the court said. However, it found there is no requirement for a doctor to go any farther.

"We know of no common law duty requiring a physician to instruct the woman that the embryo is an "existing human being," and suggesting that an abortion is tantamount to murder ... There is no basis for this Court to create a new duty that has no broad support in either the medical community or society," wrote Justice Barry Albin.

In 1996, the then 29-year-old Rosa Acuna, a mother of two from South Bound Brook, went to the doctor with stomach pains. She learned she was pregnant and her physician, Sheldon Turkish, advised her to have an abortion because the pregnancy was complicating an existing kidney disorder.

Seven weeks after the abortion, she had to be hospitalized for bleeding. Nurses at Robert Wood Johnson University Hospital in New Brunswick told her the doctor had "left parts of the baby inside of her." She sued on grounds that she agreed to the procedure based on false information, claiming she suffered emotional distress and post-traumatic stress disorder.

Acuna, a native of Puerto Rico who did not finish high school, claims she asked the doctor "whether the baby was already there." She claims he told her: "Don't be stupid, it's just some blood."

The doctor, whose practice is in Perth Amboy, has testified that he did not recall Acuna asking such a question but would have told her that a "seven-week pregnancy is not a living human being." 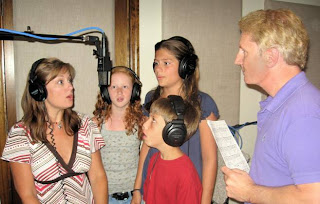 Here's a really neat song that features the importance of:

(Verse 1)
(A) Children of God's love. (UC) Who are you who sings to us?
(A) I am the angel of your lives. (UC) Tell us more about our lives.
(A) You have been created by our God. (UC) Tell us more about our God.
(A) He gave you life upon the Earth. (UC) We want to know about the Earth.
(A) Earth has flowers and waterfalls. (UC) Tell us more; please tell us all.
(A) And raindrops that fall upon the trees. (UC) These are things we want to see.
(A) And rainbows that shine as bright as stars. (UC) Can you tell us where they are?
(A) Where snow-covered mountains reach the sky. (UC) We want to know about the sky.

(A) As I hear your words, I know you want to see the world, and I can feel your little hearts
just want the love that they deserve. So now we lift our voice and
pray the whole world will rejoice when we sing ...

(Refrain)
Holy gracious Jesus Christ, we kneel and thank You for our lives, and pray that every unborn
child will see their parents' loving smile. May every mother realize that You will guard their
children's lives, and every father know the truth -- that children are a gift from You.
(UC) We want to see the world, like other boys and girls. We want to feel the love
from our mothers and our fathers.

(Verse 2)
(UC) Can we talk about the sky? (A) It's God home of eternal life.
(UC) Does it have flowers and waterfalls? (A) Heaven has all that's wonderful.
(UC) Will we ever see it with our eyes? (A) If you believe in Jesus Christ.
(UC) And what does He want from all of us? (A) To live by His word and share your love.

(UC) Dear angel of our lives, we want a chance to see the sky, so can we say a little
prayer and tell God all the reasons why. So now we lift our voice and
pray the whole world will rejoice as we sing ... (Repeat Refrain)


www.WeWantToSeeTheWorld.com
at September 12, 2007 No comments: