You will pass Muhlenberg Hospital on your left hand side. Cedar Brook Park’s entrance will be on the right hand side just past Ranolph Road.

Make a left onto Park Avenue. Pass Muhlenberg Hospital on your left hand side.


Cedar Brook Park’s entrance will be on the right hand side just past Randolph Road.

2 mile walk to raise funds for the non-profit Gospel work of Gateway Pregnancy centers (Elizabeth, Irvington and Plainfield). List sponsors on pledge form and Gateway will do the rest! 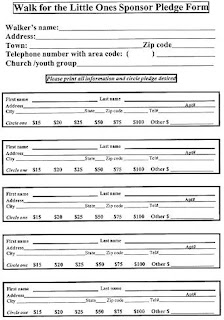 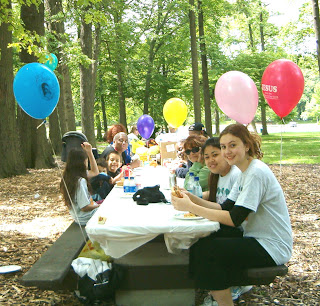 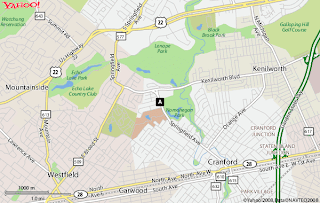 Date: Saturday May 17, 2008
Time: 10:00 am
Location: Nomahegan Park, 1034 Springfield Ave, Cranford, NJ (see detailed map below)
Brief directions:
The park located on Springfield Ave in Cranford,
can be reached by taking the Garden State Parkway
to Exit 138 (Kenilworth) and following signs towards
Kenilworth. Go approximately two miles to the left
onto Springfield Ave. Parking is free across the street
at Union County College.
http://www.ucnj.org/parks/directionsnomahegan.html

Why not drop them an email to let them know you are praying for them?

"Dear Dean,Please add her to your prayer list.She was diagnosed with
breast cancer. We are in Mexico for healing treatments.Please pray.
With God's Blessings, Joe" email: AQPI@comcast.net

(4) Nancy Stabinski - sonographer in Elizabeth
email:nanpoe2@aol.com
at May 13, 2008 No comments: 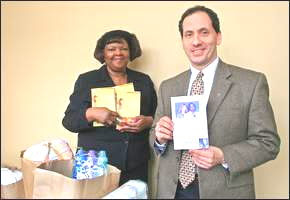 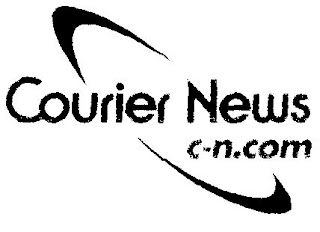 PLAINFIELD — A new light has come to the city.

The light is set to shine on women — and men — in crisis.

Gateway Pregnancy Centers, a nonprofit crisis pregnancy Christian ministry that provides all of its services free of charge and in strict confidence, has opened an office in the city.

With two other locations in Elizabeth (since 1985) and in Irvington (since 1991), Gateway's mission is "sharing Christ with women in crisis pregnancy."

"We are a Christian ministry but we do not turn anyone away," said the Rev. Dean Gavaris, Executive director of Gateway, who is in charge of day-to-day operations at the three centers.

Gavaris is a resident of Union (Union County). He attended Hofstra University, Hempstead, N.Y., and holds an associate's degree in business administration from Nassau Community College, Garden City, N.Y. He is a graduate of Northeastern Bible College, Essex Fells, with a bachelor of arts in biblical literature. He was ordained to the Christian ministry in 1993 at Clinton Hill Baptist Church, (now Crossroads Christian Fellowship) in Union.

"What we are doing is social work — but from a Christian model," Gavaris said. "We are big on making it factual. When a young woman doesn't know what's going on, we provide her with the proper information.

"We wanted to open a center in Plainfield for some time," he continued. "There is no pregnancy center around here who takes people in off the street."

The local center, which opened the second week of February, is at Park Avenue and 7th Street. It is open on Tuesday and Thursday afternoons. No appointment is necessary.

Directing the local office is the Rev. Dorothy Booker, a volunteer who believes this ministry is critical.

Booker, who worked for more that 30 years at Verizon, retired after 15 years as a senior service analyst.

She has Christian training at Zarephath Christian College and was ordained a minister in 1995 through the Christian Unity Church. She served as a youth minister at Christ Memorial Baptist Church here.

"I see the hand of God leading me in this ministry," Booker said. "I believe we are making a difference. We are telling people the truth, talking to teenagers about their choices — the goal is to present the gospel."

The Gateway ministry has changed lives. In fact, some clients have returned to the ministry as volunteers and to give witness.

Sharon V. Williams, who has given counseling at Gateway, tells the story of how she came into the ministry.

"I went to Gateway ministry to receive help with the awful guilt I suffered following an abortion," Williams said. "My abortion was a result of disobedience to God's word, the insistence of my minister boyfriend, my own pride and fear of others' opinions. Gateway Pregnancy Center was there to help me become reunited with God's forgiving arms, provided emotional and spiritual support to help me heal.

"Soon after, I became a counselor at Gateway and encouraged other young women to rethink their desperate decision and choose life. I was able to witness to youth about chastity (abstaining from sex and keeping your self respect) and I worked with a support group for those who experienced abortion. ... It made a profound difference in my life and many others."

Booker said that many "children" are engaging in sexual intercourse, creating crisis pregnancies. She added that in the local office, a great percentage of the clients are Hispanic. Gateway provides materials in Spanish and French as well as English.

Resources for the Gateway centers are provided by donations and fund-raising events.

A fund-raising walk-a-thon is scheduled for 10 a.m. May 31 at Cedar Brook Park, Plainfield.

The centers have a supporters' banquet, baby-bottle fund-raisers — in which individuals fill a bottle with coins and bills to donate to the centers — and also accept donations from supporting churches and ministries.

To be sure, the network of supporting ministries is important to the Gateway mission.

"Gateway Pregnancy Centers have been of great encouragement to many as well as us here at Comforting Hearts Ministries," said John C. MacIver, executive director of Comforting Hearts in Avenel. "We believe their work to be of the utmost importance and we support them fully. Thank God for Gateway."

AT A GLANCE:
Pregnancy Centers:

Please pray for a dear supporter of Gateway, and a brother in Christ, who is having open heart surgery (double) today.

Feel free to drop him a line: