Many of you have asked when will the event takes place. Some of you thought I had forgotten to put the exact date in here. Some of that is true, but a large part of the reason is because of a new Newark City Ordinance where we are supposed to apply for a permit first before any gathering. We did seek a permit as required but we weren't guaranteed the date we had chosen. Through some intervention both Human and Divine we were able to pick up the permit Friday (yesterday).

Maria and I were planning to go out anyway but we didn't want to get anyone else into trouble if that is what it came to. We plan to address the City Ordinance at a later time through the proper channels.

Meanwhile we are meeting for prayer at 11:00 am on this morning (Saturday), on the corner of Chancellor & Maple Avenue. We will be out there for 1 hour so even if you can only stop by for 5 or 10 minutes that would be fine. Those of you that don't live close please join us in prayer at 11:00 am right where you are.

An update on the young man, he was supposed to be moved to Children's Hospital in New Brunswick on Friday (yesterday). We will confirm that and keep you updated to his status.

Blessings to you all,

I come to you all once again and ask for your assistance. I am asking all those that can to join us for 1 hour at the corner of Chancellor Avenue & Maple Avenue at 11:00 am for a Ministry of Presence Prayer Rally.

This time I come to you with my heart heavier than normal; the person that was struck in the recent crossfire this past Monday July 28 was a 10 year old child. In fact he was one of ours. I consider all the children in the community as ours.

This time it hit closer to home; this young man was part of our community center. Last Friday he rode in our vehicle and went Ice Skating with the kids from our Kidstitute. He was a member of our Scout Troop and was preparing to go to Boy Scout Camp in a few weeks.

After Football Camp this Monday he was riding his bike with some other kids from the center on their way to the store on Maple Ave. where he was shot in his neck. He is currently in stable condition.We talked with his Mom on Tuesday and Maria and I went to visit him yesterday (Wednesday) at the Hospital. You may have noticed that I have not mentioned his name. It has been done so by the request of his Mother to keep the media attention away.

So I am asking those that can to once again to join us for 1 hour at 11:00am as a visible presence and as prayer warriors to stop the violence. Because of a new City Ordinance, if our group gets to be over 12 people we may have to pray in shifts.

This is something we plan to address later, but for now our focus is on prayer. Those that can't physically join us, please pray with us at the 11:00 am hour if you can, right where you are.

Thank you for your commitment and our joint efforts to make a difference. May God Bless You Mightily.

Asking prayer for a mom with new baby, and 3 other girls, the oldest being 14. She's a new christian, her husband is backslid and is now abusive.

Asking prayer for her family's protection, marriage and spiritual life.

Praying for funds and favor for a place to live. She just started back to work and her new landlord has given her a deadline to come up with all the money.

She's seeking other resources. Many places are out of funds.
at July 30, 2008 No comments:

Watch the Jesus Video (25:00 minutes) and hear the Good News of how YOU can become a child of God!

Ke'Shea is 8 months old. She has asthma and trouble breathing. The doctors say it's a problem with her trachea. Her mom is in jail and she is part of the DYFS system.
at July 22, 2008 No comments: 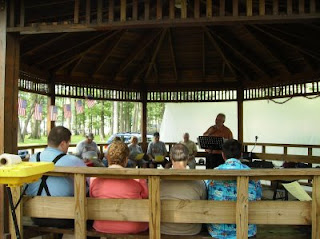 Don't You Know That It's Good To Be Different From The Crowd?

Anwar Patterson is the nephew of Gateway volunteer Muneerah Jones

Update! Anwar is still in a coma but he is doing much better, they took the tube out of his head, so we will continue to pray.


A 17-year-old juvenile has been arrested for the assault of a 15-year-old boy inside Irvington High School during summer ses sion, police said.

Police officers assigned to the school's resource team responded Tuesday about 8:30 a.m. after being called by high school administrators, police said. They found the student lying unresponsive on a restroom floor and immediately no tified Emergency Medical Services, police said.

The victim, whom family members identified as Anwar Patterson, was taken to University Hospital in Newark. He was listed in stable condition yesterday, according to Tiffany Smith, a spokeswoman for the hospital.

After an investigation by officers, the juvenile suspect of Irvington, who was not identified be cause of his age, was arrested and transported to the Essex County Youth House, police said.

He was scheduled to appear in juvenile court yesterday.

Norma Hilliard of Irvington, the grandmother of the victim, said the family learned of the incident through a cell phone call from a student inside the school. "Come to the school. Your brother's been hurt," was the urgent message of the caller, she said.

Had that call not been made, Pamela Patterson, the victim's mother, said she would not have known her son was hurt.

"No one called," she said of school officials. "Why didn't anybody call me?"

Patterson said when she got to the school, her son was lying on the restroom floor in the basement of the school having seizures. "I started screaming and crying," she said.

The suspect was involved Monday in a fight with two other people a few blocks from the school, Patterson said, adding that one of the people was a friend of her son's.

Patterson said she has heard conflicting stories of what led to the fight that involved her son.

"I want to know what happened," she said. Police did not say what led to the fight.

Patterson said principal Neely Hackett told her she would not be allowed to see the principal's report on the incident.

Hackett was on vacation at the time of the incident, but came to the school to investigate, school superintendent Ethel Davion said.

"I am saddened that we have a student in this condition," she said, but added that she would decline further comment until she has read Hackett's report.
at July 21, 2008 No comments:

This should be a great conference.

Hope you can attend!

What can your youth group do to help Gateway this summer?

To update you concerning Mery Gutierrez, our Gateway volunteer from Equador.. She is presently living two weeks with a sister int he Lord and a lovely couple from Calvary Tabernacle the church where Mery attends, has invited her to come and stay with them for a few weeks . this couple are also from Equador . THE LORD IS SO SO FAITHFUL. I wanted to say thank you to those who prayed for Mery and the many of those who I know would have opened their homes if you could. Blessings. Joan

Mery Gutierrez is a part time volunteer at Gateway Pregnancy Center and has been for over a decade. She also does missionary work in her country the remaining months that she is not here in the USA usually between October and June.

Her country is Equador. Eventually she will live in Equador where she works at an orphanage and does other volunteer work. Until her time is up here for the Lords work she will venture back and forth.

She is in need of lodging until October when she will return to Equador. She has little belongings and has a car here. She also expects to pay for such help .

I need her here at the Gateway in Elizabeth. It would help if she can live somewhere in the vicinity.

Please seek the Lord if you feel you can open your home to Mery. She is a lovely woman filled with the Love of the Lord.

"And seek the welfare of the city where I have sent you into exile, pray to the Lord on its behalf for in its welfare you will have welfare. Jeremiah 29:7

Thank you and God Bless Everyone!!
Joan Vitale, Gateway Elizabeth Director
at July 08, 2008 No comments: