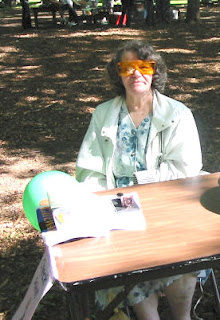 
On Tuesday evening March 4th. from 7 - 9 pm there will be a memorial service to honor of our friend Pat Jasinski who died on Thursday February 21st at 2:45 pm.

Pat volunteered at Gateway in Elizabeth for many years doing office work.

She helped at our walk for life at the table stamping the papers of those who made their laps around Warinanco Park.

Pat was a fighter who fought colon cancer for about three years.
Pat leaves a son, Leon and a daughter, Leslie.

Pat Jaskinski goes Home
to be with her Lord


At 2:40 pm today Patricia Jasinski went Home to be with the Lord. She leaves a son and a daughter. We will post information on the memorial service when it is made available.


Here is a quote from Joan Vitale, associate director at our Elizabeth site:

"I have to say that she really loved serving the Lord here at Gateway. Whenever I called upon her she was here. The Lord has here now but the memories of her life are in my heart .."


We would heartily agree. Pat (for many years) was Gateways Walk-a-thon "stamper' . She faithfully stamped in each walk card and passed on her smile (and some water) to the weary walkers.

We will greatly miss her. 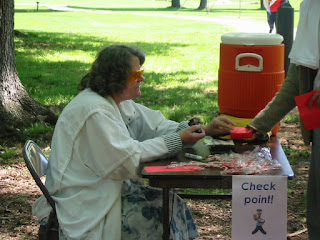 
London, England (LifeNews.com) -- A British court held a hearing yesterday on a case of a young 30-year-old woman who committed suicide after the abortion of her twin babies. Emma Beck left a suicide note and said she faced such an intense period of grief afterwards and regret over the deaths of the babies that she killed herself "to be with them."

The court heard testimony that Beck asked doctors for help prior to the abortion but that no one was able to meet with her and they gave her the number of a counseling service.

Officials went ahead with the abortion even though she said beforehand that she had second thoughts.

Weeks later, following the abortion, she hung herself at her home.

According to the London Daily Mail newspaper, the note she left read:

"I should never have had an abortion. I see now I would have been a good mum. I told everyone I didn't want to do it, even at the hospital. I was frightened, now it is too late. I died when my babies died. I want to be with my babies - they need me, no-one else does."

The Daily Mail reported that Sylvia Beck, Emma's mother, told the court that Emma was never given a chance to se ea counselor and only had the abortion because her boyfriend didn't support having the babies.

"I want to know why she was not given the opportunity to see a counselor," she said. "She was only going ahead with the abortion because Ben did not want the twins."

"I believe this is what led Emma to take her own life," Beck added. "Because she could not live with what she had done."

News of the suicide comes weeks after a new study published in the journal BMC Psychiatry which found that women who have abortions typically experience high levels of post-traumatic stress disorder.

The study appeared in the July 2007 issue of the professional psychological publication but it only received publicity recently.

The research involved 155 women from South Africa who had abortions and were evaluated one month and three months afterwards.

Approximately 20 percent of the women had post-traumatic stress disorder symptoms just one month later. The results led the authors to note that "high rates of PTSD characterize women who have undergone voluntary pregnancy termination.

Looking at the women three months after the abortion, the number of women experiencing the PTSD symptoms increased 61 percent.