Items we could use for Gateway -Plainfield

We would greatly appreciate any of the following items. We graciously request that they be new. Should you wish to donate an amount covering the approximate cost, we would be most pleased to purchase the item using our tax exempt status.

A Brief History of Gateway

Gateway Pregnancy Center was begun as a vision of many churches that desired to have an evangelical crisis pregnancy ministry in Essex County, New Jersey.

In 1988, Rev. Michael Westbrook, and his wife, Maria, two volunteers at Archway Pregnancy Center, in Elizabeth, approached the Archway Board of Directors

for help in beginning a ministry in the Newark, New Jersey area. Archway had been in existence since 1985.

Over the next year and a half, a steering committee proceeded with the many tasks to open such a center. In November 1989, Gateway was incorporated. In

1993, final approval by the IRS was given to establish Gateway as a permanent 501©-3 non-profit ministry under the category of “Education/Social Service”.

In the fall of 1998, Archway merged with Gateway to become Gateway Pregnancy Centers. Since both ministries were begun, over 21,500 women have

been counseled and given free pregnancy tests, referrals to medical/social service experts, and material items.

Our present locations include three sites:

q Our 960 Springfield Avenue, Irvington site, was located in November 1990. The doors opened in July 1991, being the first, and only, evangelical pregnancy center in Essex County. The sign on our door says it best: ‘Gateway is not a medical facility, but a Christian ministry for all people’.

This site is within a half mile from Newark. Women and men have come from throughout northern New Jersey for a free pregnancy test, counseling, post abortion counseling, male responsibility counseling, chastity information and physical help.

q Our 65 Jefferson Avenue, Elizabeth site is in a building housing a number of social service agencies. We have ministered there since 2003. We have an excellent opportunity to do ministry and in fact have seen more women that at our previous location, 700 North Broad Street. That location was located two floors below a second trimester abortionist. To our knowledge, it was the only site offering abortion alternatives located in a building housing an abortion provider! We have ministered in Elizabeth (through the former Archway Pregnancy center) since 1985.

q Our 705 Park Avenue, Plainfield site opens in late January 2008. Plainfield has one of the highest rates of HIV and teen pregnancy in the county. Gateway is privileged to share the gospel message and to help teens make God-honoring, productive life-changing decisions.

Part of our desire is the reach out with the love of Jesus Christ to all, including abortion providers. There are a number of abortion providers in each of the towns that we have a location. We purpose to be a witness to them as well.

Our Internet counseling ministry allows us to correspond with teens that have pregnancy related questions. The most accurate and timely information available can be accessed through our extensive website (www.gateway.org). We maintain an active up to date blog at gatewayorg.blogspot.com.

A sonogram ministry was proposed in the fall of 2000 and our first nurses training occurred in September 2001. In November 2001 we preformed the first of many

ultrasounds for pregnancy verification. This ministry allows women to see their preborn child early in their pregnancies. Statistics show that 90% of the women

who view an ultrasound of their child choose to carry to term.

As of the close of 2007, we had performed over 600 sonograms, with the vast majority choosing to carry their babies to term. The sonogram ministry also sees many women come to Christ. The Holy Spirit softens their hearts as they see life in their womb. Praise the Lord!

Gateway is fully equipped with on-site counseling, physical help, and a deep-based referral system to assist in almost any pregnancy situation. We have given out many tons of new baby items and baby furniture, thousands of New Testaments and hundreds of homemade baby blankets.

We continually update our referral resource database, and do extensive research in the latest areas dealing with teen sexual involvement and pregnancy.

We regularly speak in churches throughout the state, as well as youth groups, community groups, Christian camps, and occasionally on the radio.

Our formal proactive position against violence in the quest for justice, especially our keen mission to show the love of God to all who disagree with us, allows us

to interface well with both the secular as well as religious community, without compromising our core beliefs.

This year, we again thank God for His blessing of this unique part of the Gateway ministry, and His Hand in expanding it.

History is both ‘where we’ve been’ and ‘where we’re going’.

One of our clients, Mindee, called to ask for prayer for her 3 month old son, Evan.

Evan is at University Hospital in Newark, suffering with RSV

Both of his lungs collapsed and he coded. He is now stable, but needing our prayers.

Pray also that Mindy and her boyfriend, Eric, come to Christ.

We have been ministering to them for a number of years and see her request for prayer as an indication of her need for a personal relationship to Christ. 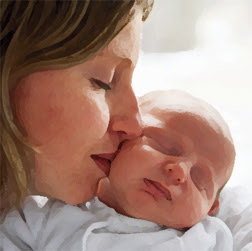 Washington, DC (LifeNews.com) -- It's the ultimate moral dilemma when it comes to the issue of abortion -- What do you do when a mother's life is at risk and she is pregnant? ABC News, in a television program airing tonight, highlights new research helping pregnant moms who suffer from cancer to avoid having an abortion.

The station's "World News with Charles Gibson" program on Wednesday night focuses on the story of 26-year-old Linda Sanchez who received the news she had cancer just one day after learning she was pregnant.

Sanchez ultimate gave birth to her baby, Isabella, one month ahead of her due date. The healthy baby showed no signs of the chemotherapy Sanchez had during the pregnancy.

The choice between having an abortion or subjecting an unborn child to chemo treatment is an excruciating one.

"My doctor basically said it was me or the baby," Sanchez told ABC News.

But the program is highlighting new research at the University of Texas MD Anderson Cancer Center showing that women may no longer have to make that decision.

Scientists there say it is possible to treat the mother without hurting her unborn child.

"Yes, chemotherapy is toxic. But what we have found is that when given in the second or third trimesters it appears to be safe," said Dr. Jennifer Litton, breast oncologist at the MD Anderson Cancer center, told ABC News.

"[The] placenta is protecting the baby. That baby is not getting the same side effects as the mother," Litton said.

She said that focus on treatment later in the pregnancy has allowed dozens of mothers to give birth to healthy babies.

With the change in approach to therapy and the birth of a healthy child a little early, Sanchez told ABC News that her cancerous tumor has already shrunk 60 percent and she is on track to continue therapy now that she's given birth.